Last month, I wrote about reimplementing wounds, and some of the changes that prompted. This month, I've mainly been working on time systems.

Sometimes, incremental changes to a project come in a surprising order, at least to an inexperienced developer like me. For instance: LoSt is designed with a simple interface in mind, and has no separate commands to use objects in different ways, like so many genre classics, with their mappings for "q"uaffing and "z"apping and whatnot (and to be fair – these interfaces are difficult to learn, but quite snappy once you do). LoSt's interface, instead, requires you to always wield an item before you can use it. Problems arose with props like cigars and syringes (consumables, really like those "q"uaffables and "z"appables of yore). The fact that they couldn't be used directly from the backpack meant it took too long to use them to be worth it in most situations.

I try to circumvent the problem by making inventory handling not taking any time. This change ups the tempo and gives the player more options, so I'm generally happy about it. It does change the value of some skills and props, like pistolknives (whose main selling point was that they could be used for melee or ranged combat). One scummy tactic that became apparent with the new system, was to keep a stack of loaded guns in your pack and fire them in succession, to save the time of cocking between each shot. So be it. To penalize the behavior, I instead added the rule that moving a cocked gun around in your inventory has a small chance of the gun going off. I don't know how realistic this is in terms of gun engineering (as a European pacifist, my personal relation to guns is limited ;) Should it be grossly inaccurate, I guess my last defense would be that LoSt plays out in a fantasy world, where many small things are different, so there, and in any case, nothing is funnier than shooting yourself in the foot, and I do think the system retains the sense of the basic motif: the rhythm of drawing, cocking, and firing a gun.

On the topic of short time spans: One thing that has baffled some players of LoSt, is the turn order. One reason is undoubtedly that a bug caused the system to behave weirdly, which I've finally gotten around to fix. But the system itself is a bit unusual for a crpg, and not really well documented. I'm taking steps to fix this, to make it easier to understand what's going on. If I can solicit some feedback for the next release, I'll hopefully manage to finalize the rules for combat some time soon-ish ;)

Rest for the wicked

One important feature that's missing in #11, is healing. This month, I've been implementing the bare bones, by adding the option to rest for a prolonged time and going back to full health, so it's now officially in. At the time of writing, the local saloon is the only resting hub, but other options will come later. Before that, I'm facing a chunk of work just to get the basic mechanics in place. 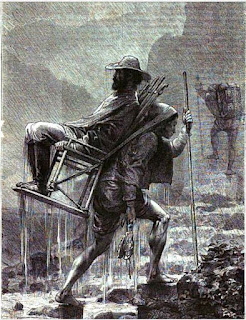 In addition to healing, the passage of time is planned to include systems for advancing the player character, as well as story lines/world events. The basic idea is to make resting a big deal, something that affects strategy. You currently pay for healing by paying rent for your room, but I'd like to further underline the importance of time by letting (potentially) "something happen" when the player rests. The nature of the changes imposed on the game world should reflect the player's recent behavior. Character development will include modifying reputation and the opportunity to gain new shticks. Furthering the "world story" will, I think, pertain mostly to world factions and bounties/quests (this last bit not planned for #12, so I honestly try to disregard it for the time being).

Modifying reputation: The engine already has a pretty detailed conduct tracker. For instance, if you massacred everyone at the saloon, you will have a lot of hostile karma in relation to the villagers. I think I might just try to take this data and generate reputation procedurally. If I manage to do it right, it should be more flexible and unpredictable than simply stating, "doing X modifies your standing with faction Y by N points". Although there should be systems for such corner cases, as well. The "proto-bounty" I'm working on now, which involves capturing a specific, named criminal, is a good example and a testing ground for this. Resolving the conflict by collecting the bounty on said criminal's head in Arken, flags the player with a special achievement, which amongst other things should be weighed extra when reputation is calculated between missions. In short, I must start out with a simple and open ended system, that I can expand on later.

Getting shticks: My current vision of how this should be implemented, involves quite a bit of foot work, and I'm still not sure if it's going to be any good. I hope to get in a kind of prototype for the next release. What I'm envisioning is basically for the engine to pick three options for the player and let them choose one. But I had an idea to make the interface less gamey by presenting the options as flavor text. Instead of: "You rest at the saloon for two weeks. 1) Get pistol shtick, 2) Get science shtick, 3) Increase local reputation", it could say something like: "You spend two weeks recovering from your wounds at the saloon in Arken Town. You eat a lot of soup, but at the end of the stay, you start to get back on your feet. 1) Go target practicing in the wilds, 2) Read a book, 3) Hang out with the locals" The place you're resting, and special NPCs stationed as the player's neighbors, should affect the available options, as well as the pseudo-randomized outcome of choosing each option. The end-result as I'm envisioning it, would be a bit like choose-your-own-adventure books, where the outcome is not given. So you won't get to cherry pick the shtick you want, but are allowed to nudge the system. If you opt to practice gunmanship, you might get a random pistoleering shtick, or a reputation bonus related to guns, or if you've used a particular pistol a lot on your latest mission, that particular gun may turn into an "artifact" with a random prefix. Likewise, "spending time with the locals" could have many outcomes, from a simple reputation boost, to learning certain rumors/plot hooks for new quests, or maybe your plan backfires and the villagers end up lynching you (especially if their bias towards you is negative in the first place, of course). It's a system that certainly has its hurdles and slopes, but I believe it has potential. 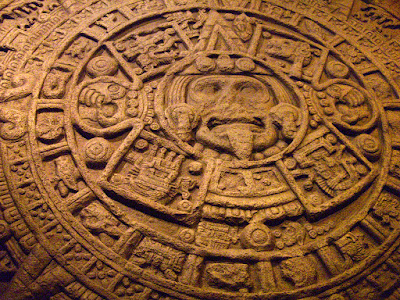 Story advancement: As noted, this lies even further in future, since I'd rather release #12 in not too long to get a better idea of how the current changes work out on their own. Suffice to say, everything will be tangled together with world factions, their relations and current objectives. Some questlines and bounties may have time limits and random outcomes, depending on player agency. Using my protobounty with the wanted-poster in Arken Town as an example, there might be a window of opportunity to get the bandit. The actual plot could be tested by querying the game world for the bandit's status. Maybe, at the end of each week, there is a chance of the bandit making a move. World events could be almost as Markov chains, with possible continuations depending on the actor's state. For a fugitive criminal, follow-ups could include a raid on a certain place, or fleeing the game world, or switching base to a small fortress somewhere on the map. From the new situation, the options would change again – if the bandit settles in a fortress, it probably means they're not "fugitive" any longer (although they are still wanted by the law), so the option to flee the Land might go away. It will probably have to be more involved than Markov chains, maybe more like a behavior tree. The different states should be abstract enough to be applicable to differently flavored scenarios. For instance, there are many kinds of shootouts and raid scenarios, which share a lot of similarities, especially on a tactical level. You basically drop a bunch of units in a hostile place and give them a certain objective (free the prisoner, find the macguffin, kill the enemy), and if then the player comes walking along, the units will become active and havoc ensue. I think it would be possible with a system where each faction and NPC of interest can have pretty simple flags regarding their narrative status and relations to other factions. The "fugitive/persecutor" conflict is archetypical, and will have a similar narrative dynamic if the story is about a political figure in exile/hiding, or someone fleeing the wrath of a mafia boss. As I'm working now on the ramifications of capturing the bandit in the protobounty, it should be possible to leverage the same rules to make it possible for the player to do stuff like joining the bandit's side by offering them the head of someone they are out to get. How you build reputation will inform who are more likely to chat to you about their lore and objectives and even actively hire you, and who are likely to attack you on sight. And yet, reputation needn't be an end in itself, in any technical term. There could be objectives generated on the map that are better performed incognito or require other maneuvers, like finding a hidden treasure.

Oh, the dreams one has. If only I could make time.

As always,
Minotauros
Posted by Aging Minotaur at 21:26 No comments: