With a phantom gun in an empty hand he has bluffed Mike into violating a basic rule of gunfighting. TYT. Take Your Time. Every gunfighter has his time. The time it takes him to draw aim fire and hit. If he tries to beat his time the result is almost invariably a miss. …

I'm tinkering on and off with LoSt. Release #10 will probably take a while to arrive, though. I received enough helpful comments to the last few versions that it doesn't seem necessary with another desert pastoral. Instead, I will wait until I have something more gamey before I publish the next snapshot. I'm envisioning something light, with a temporary win condition (like versions 5-7 had), at least in time for ARRP 2016.

The basics are still being laid down, both engine-wise and game-wise. I'm humaning up to adding hovering text for speech bubbles and other messages (maybe sound effects like "BANG" and "click", maybe status updates and the like). That also has me finalizing other parts of the graphics engine, and so the process meanders its way on.

Game development (like so many creative endeavors) is an activity where meticulous planning is necessary – not because you're likely to execute your original plan in the intended order, but because it will help you tackle the unplannable, which is sure to crop up. Content-wise, I've begun work on a starting settlement. It will probably just be a few houses of different builds and a dirt road, but at least a place for restocking and getting ahead on the latest news. I'm thinking of a main story revolving around 3-4 semirandom bosses located around the map. But there may (should) also be other minor quests (let's rather call them "missions" or "bounties"). Something like a robbery might be an interesting example: The player should be able to choose sides and form alliances.

I already have the bare bones of a faction system. Each critter adhers to certain Causes, which affect behavior/goals, reactions, and initial bias towards other critters. When I should add NPC templates like "lynchin' judge" (with law as a major Cause) and "livestcok rustler" (with a criminal Cause), they will automatically be hostile to each other, because of their opposed Causes. As I fine-tune this, I can add a reputation system where the Player gains fame/infamy with followers of different Causes. Building a reputation must be a central part of a screaming wild frontier RPG as LoSt is aimed to become. I'm still spawning ideas on exactly how and how much to track the Player's behavior, and I guess I'll be implementing a little of that in upcoming releases.

For LoSt #10, I'm concentrating more on making the map itself more interesting. It's mostly a question of adding and balancing content, and tweaking the world building engine a bit as I go along. There will still be exploring around the landscape to reach the different locations, but focus will probably lie with a few major shootouts/fights, which the player has to prepare for. Combat (especially with guns) is very deadly in LoSt, so people and animals will be nudged towards neutral/shy behavior, with possible interactions other than fighting. Of course, you'll still run afoul with the occasional angry ursine or get ambushed by renegade soldiers or a crazy lead digger. Encounters should be generated to be interesting in themselves. An ambush shouldn't be completely random, but occur at a strategic position in the map (eg. shooting from the hills or a barricade). And of course there must be gambling, learning skills, hearing rumors, taming/riding/herding animals, digging for lead to get by … I'm still considering if and how it could be cool to implement survivalist mechanics (including food) and item crafting, further down the road … Hah, it's easy to think big, but the devil is in the details. Let's just hope the final version of LoSt is released sometime before the singularity/rapture/what-you-will. 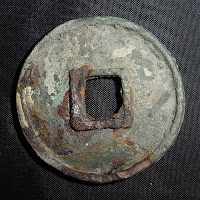 In the interim, I already mentioned that speech is the next big feature to add. It's a prerequisite of "making the map interesting". In addition to tactically interesting positions, we need goals and paths for the player to explore the map. Collecting bounties/reputation and trading will be important, and are to be added in the next release (at least the basics). I often find conversation trees to be a big turnoff, so I'll start with simple lines of dialogue, printed in the message log and as speech bubbles on the map. The player should largely be able to react by performing actions (for your fetch quest: drop the item you were sent to get, pick up the reward). Maybe there'll be the occasional Y/N prompt.

Bounties ("quests") can be set up as wanted-posters anywhere semi-official, or through NPCs offering odd jobs and favors. Instead of traditional experience points, I'm planning for bounties to play a role in pacing character development and the passage of time. There must be an option to resting, since lost health levels don't regenerate by waiting in the map, and I don't want "med kits" that instaheal you between battles (but maybe something like adrenaline syringes to use in the heat of it). Maybe resting will take several weeks in-game, and also be the game phase where you digest your recent experiences, and so to speak level up. If you're forced back with the tail between your legs after being stabbed over an animal baiting contest, you'll have to pay for housing and medical bills, and maybe all you get out of it is a pesky war wound, a minor skill advancement, or the news that Slim Jim Bonney, who you were out to get, has slipped town. On the other hand, returning with the head* of Slim Jim nets you loot and fame and other auspices. (* I do mean the head, by the way. In The Land, it is customary to decapitate one's victims to prove their identities. It provides an easy interface to collect a bounty on someone, by literally carrying the head back in your inventory.)

For trade, I'm thinking of "traveling saleskids" wandering the map as well as permanent shops at different locations. Shops will definitely be nethack-like, with items that can be picked up, and paying by interacting with the shop keeper. Traveling saleskids will probably carry an inventory of up to 6 items for sale, which they drop in a circle around them when bumped. Currency will be lead (♄), the same with which you load your iron.

So the next release will have a bit more direction: some people to talk to, places to go to and missions to perform, some character development, hopefully some stuff like that …

As always,
Minotauros
Posted by Aging Minotaur at 15:00 No comments: